Importance of Hijab for woman in Islam

Importance of Veil for woman in Islam

Meaning of Hijab is to hide or to conceal and it's taken from the Arabic word "HAJABA". Basically Hijab represents a woman's submission to her Creator and her relation to the faith. Hijab is a religious obligation, which a Muslim woman must undertake in the sake of Quran and Hadith. There is not any scholarly difference on this point and also the Muslim Ummah has implemented it for over 14 centuries. Every time a Muslim woman wears hijab she's obeying and submitting to Allah. Importance of Hijab or the covering of Muslim girls may be judged by Quranic verses;

" O Prophet! Tell your wives and your daughters and the women of the believers to draw their cloaks (veils) all over their bodies (i.e. screen themselves entirely ). That'll be better, that they must be known (as free respectable women) so as to not be annoyed. And ever is Allah Forgiving and Merciful." (Qur’an, 33:59)

This verse clearly indicates that Allah has made Hijab a reflection of chastity and modesty. The significance of wearing Hijab clarified in this verse is the fact that Muslim girl is going to be identified as respectable lady when she wears Hijab or a veil.

From the chapter of Al-Ahzaab mentioned previously, Allah Almighty Says what means "That's more appropriate that they will be known and never be mistreated." Therefore, among the purposes of hijab is to protect women from abuse and harm.

This especially includes various types of sexual abuse and harassment, that are widespread in societies where few ladies cover. Men often get mixed signs and believe that girls want their improvements from how that they reveal their own bodies. The hijab, on the opposite, sends a signal to men that the wearer is a modest and chaste girl who shouldn't be annoyed.

A girl who wears hijab liberates herself in the vain and selfish desire to posture her beauty and also to compete with different girls around her.

Verily for every religion there is a characteristic, and the characteristic of Islam is Haya`a (modesty, shyness, bashfulness)[Ibn Majah] 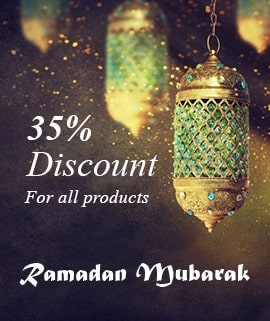